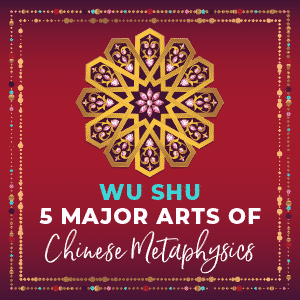 Often, people ask me how did I get attracted to Chinese Astrology from the five Arts of Chinese Metaphysics and not Vedic Astrology. Born and brought up in India, I was exposed to various eastern philosophies and modalities, including Vedic Astrology and Palmistry. Though fascinated by the mysticism, rich Indian heritage, including Yoga and Ayurveda, I come from a family of educators, scientists, and businessmen.

From early on, I questioned specific belief systems internally. I could see the difference between superstition and accurate forecasting. In retrospect, I can say that there were very few experts that could explain the logic or the process behind their readings or forecasts. Fewer could accurately do a past assessment to then be able to accurately forecast precise results.

A part of this phenomenon comes from the fact that we, as Indian kids, were/are not taught critical thinking skills or question adults, teachers, or people of authority. Asking a “why” question is considered disrespectful, and that too of a particular caste in India is totally unacceptable, still, by the patriarchy.

Growing up in a joint-family household in India, I was blessed to be in a vibrant environment. I was supported by many strong, inspirational, driven, educated, career women, and one man — my paternal grandfather. They all believed in the education of women.

My grandfather served in the British Army and had the exposure to uplift women by allowing them education and career opportunities if they wanted to go that route. He married his three sons, including my father, to spouses who were more educated and career-minded, to change the trajectory of his sons’ families. He allowed his daughter, my aunt, and my father’s youngest sibling to not only get some education but pursue her Ph.D. Also, learn and master a foreign language, travel internationally, and marry for love and intellectual compatibility.

So when it was time for me to learn and embrace my metaphysical journey, I had so many questions. Ten years ago, I attracted a traditional Indian Reiki Master to begin my journey. There were still many questions that remained unanswered. As I continued, I was then blessed with classical Chinese Astrology Masters and an Academy which guided me along the way. My questions originated from my Indian heritage, my understandings, and the desire to know the why behind the answers. I found the answers in Japanese and Chinese modalities. Then I started weaving and bridging the gaps. The more I dug deep, Chinese Metaphysics made more sense to me.

As I began to decode my own destiny and recreate my life from scratch, the Destiny Science and Divination modalities attracted me more. To get a full picture and a more precise understanding of Destiny Science or Zi Wei Dou Shu, we must first understand the background of Chinese Metaphysics itself.

The Five Arts of Chinese Metaphysics

All Chinese Metaphysical modalities are categorized under the Five Major Arts known as “San-Yi-Pok-Ming-Xiang,” collectively known as Wu Shu (五 術). The five arts of Chinese Metaphysics dates back to 256 BC. The principles used in the Five Arts are universal and interchangeable. Yin and Yang, the Five Elemental Energies — Water, Wood, Fire, Earth, and Metal, and the concept of balance forms the basis of the core principles in all modalities.

Each Five Arts discipline has various systems. Furthermore, there may be more than one school of thought or branch of study, which could be well developed, complex, and holistic in its own essence.

Allow me to shed some light on these Five Major Arts — Wu Shu, which covers the following:

The arts that fall within this category include everything to do with man and nature. Martial arts and self-meditation are prime examples of studies that fall within the Mountain Arts. The principles of Tai Chi and Qi Gong are apparent and similar to those that are used to assess the other four arts. Cultivation and religion, especially Taoism principles, are also included in this category.

The Art of Medicine deals with health and healing. The human body is governed by 5 major organs, which are represented by the 5 elements. The core principles of this system are that the human body operates optimally and healthily at a balanced level, and the main objective of all healing is to achieve this balance. It includes all forms of Traditional Chinese Medicine (TCM), including acupuncture, herbalism, and reflexology.

The study of divination, known as forecasting or predictions based on numerical analysis, formulas of star alignments, complex calculations, and dates are the foundation of this art. The Yi Jing (Book of Changes) is perhaps the most popular and commonly used book of reference, even today, especially by the Chinese elites. Another well-known and highly influential system that stems from this art is the primary tool for Sun Tzu’s Art of War, known as Qi Men Dun Jia. Other categories include Oracle readings, Plum Blossom, Tai Yi system of divination, and Da Liu Ren.

Chinese Astrology falls under this category. The study of life is done using Destiny Science, which is similar to what the western world calls Astrology. There are three major systems in Chinese Astrology:

The study of physiognomy or appearances includes the observation and analysis of forms. Both human and natural forms in your environment. Face reading, Feng Shui, name reading, and Palmistry fall within this discipline of study. The most common and well-known practice in today’s world, of course, is Feng Shui. Depending on which form of destiny science you use, Feng Shui approaches, schools of thought, applications, and results are achieved differently.

Are you ready to experience what the five arts of Chinese metaphysics can unlock for you? Having your Life Map Reading done using Zi Wei Dou Shu and Qi Men is a great place to start. Book in a time to chat to get started.

If you’re a researcher and like to learn a little more about the modality first, read How To Discover Your Life Map From a Zi Wei Dou Shu Reading and download the Beginners Guide To Zi Wei Dou Shu Astrology.